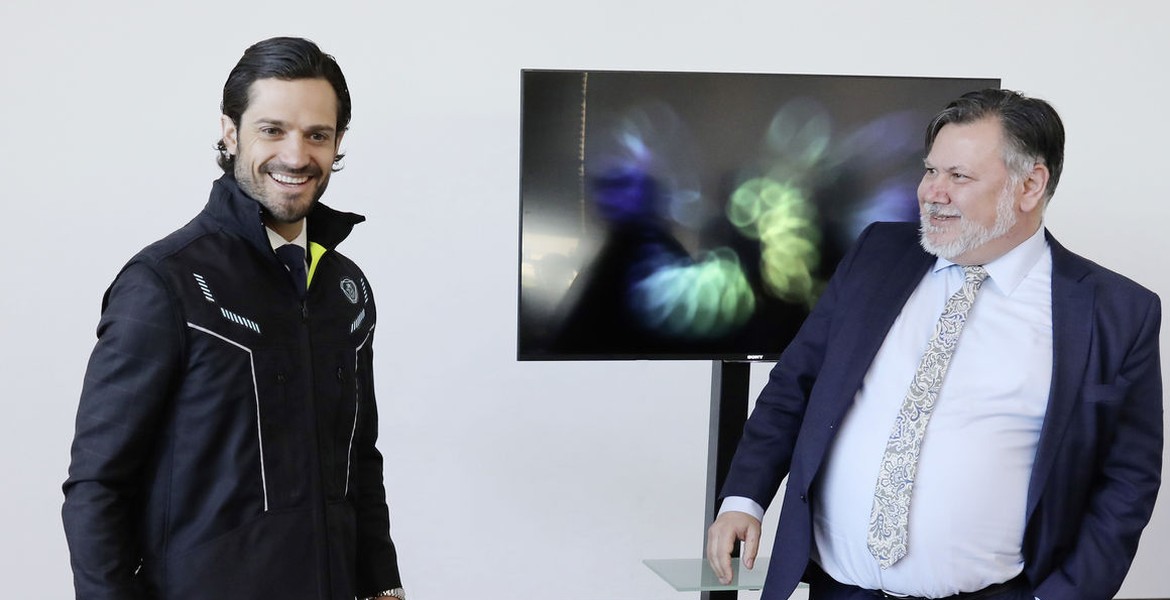 Hannover Messe was a huge success this year, for both Sweden and Imagimob. Everything from the opening ceremony—where Stefan Löfven, Angela Merkel, Loreen attended, and Benke Rydman danced with an ABB robot — to the Sweden Co-Lab, and Volkswagen Smart Factory visit made it a fun and valuable experience that we’ll remember for years to come.

1. Coffee and networking at Sweden Co-Lab
Sweden’s role as partner country at Hannover Messe this year led to the resurrection of a booth called Sweden Co-Lab, organized by Business Sweden. It featured an impressive turnout of Sweden’s leading Industry 4.0 players, ranging from from burgeoning startups to well-established companies. The booth was very nicely designed and was always packed with visitors, not least because of its stellar coffee bar.

We were honored to be showcased at the Sweden Co-Lab pavilion as one of 30 Swedish startups driving positive change in the industrial sector, with our Edge AI based Smart Industry solutions. We managed to connect with a number of new business contacts, both through our own networking and matchmaking expertly facilitated by Ignite Sweden.

2. Smart Industry talks and pitches
The Sweden Co-Lab stages consistently drew a large audience, with a top-notch and inspirational program which included presenters such as ABB CEO Ulrich Spiesshofer, Ericsson’s Chairman of the Board Ronnie Leten, Chairman of Investor Jacob Wallenberg, Enterprise Minister Ibrahim Baylan, and many more. The program was professionally moderated by Beata Wickbom, Mia Odabas, and other moderators.

Imagimob gave two presentations on the large Inspirational stage. Anders Hardebring pitched Imagimob and participated in a panel on corporate-startup collaborations. And Gustaf Lagercrantz made two joint presentations with Jonas Svanholm from Scania, as well as with Johan Simonsson from Husqvarna.

3. HRH Prince Carl Philip trying on a C-Me vest
A memorable highlight happened at an event on Tuesday, when we joined a group of other Swedish startups at Volkswagen's Smart Factory in Wolfsburg. Imagimob's Erik Tengedal pitched for the Volkswagen Smart Factory team, which was well received.

We also had the honor of supporting Scania Group in a demonstration of the new C-Me Vest that HRH Prince Carl Philip, who was in attendance, tested himself. The event generated a ton of positive feedback, and is featured on the Volkswagen Group website and the Swedish Royal Court website.

We would like to extend a special thanks to Business Sweden, Mary Claire Maxwell, Ignite Sweden, and Stina Lantz for all the work and effort you put into making Hannover Messe an outstanding experience this year. We’re looking forward to the next!

Developing embedded real-time applications is on its own one...

It’s now possible to include Tensorflow AI models in your C-...